Christmas in Hay on Wye – here’s a snapshot of the goings-on in 2018 thanks to everyone who made it the BEST CHRISTMAS EVER . . .

£50 voucher from Charlotte of Hay – ticket 637, won by Golesworthys (CLAIMED)

Thank you to everyone who bought a ticket, and all of the businesses who generously donated prizes!

Get involved! Help us to light up Hay this Christmas 2018! We need to raise around six thousand pounds to fund the installation and maintenance of the lights, taking them down again in January, and the costs of the “Switching On” event at the end of November. 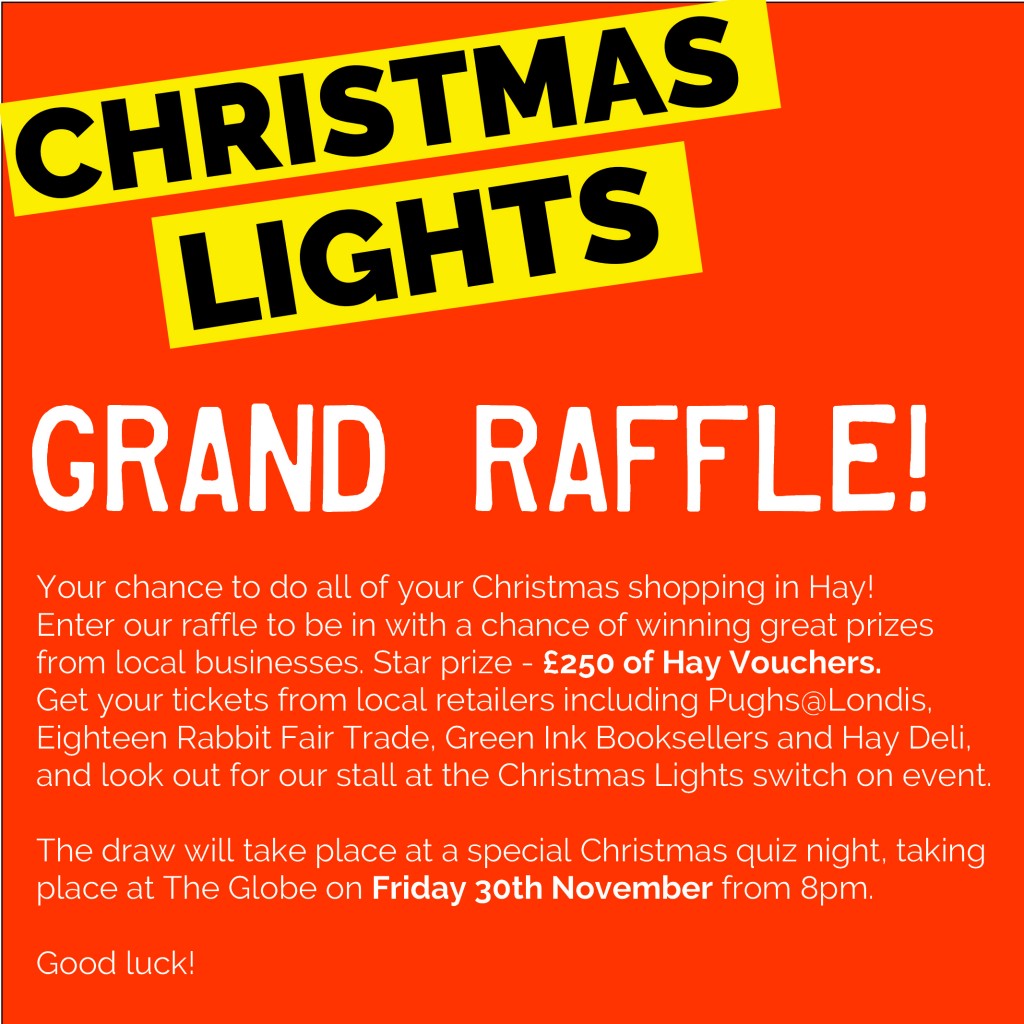 This year we are running a brand new fundraiser – an amazing raffle which could allow you to do all of your Christmas shopping in Hay! The first prize is £250 of Hay Vouchers, and we also have some incredible prizes for runners-up. Here’s how you can get involved…

You can buy tickets at:

The Swan at Hay

Runners-up prizes (listed in the order they were received):

A Fjord Gift Pack from Flow

£50 voucher from Charlotte of Hay

A Garden Clock from The Thoughtful Gardener

A box of delicious fudge from The Fudge Shop 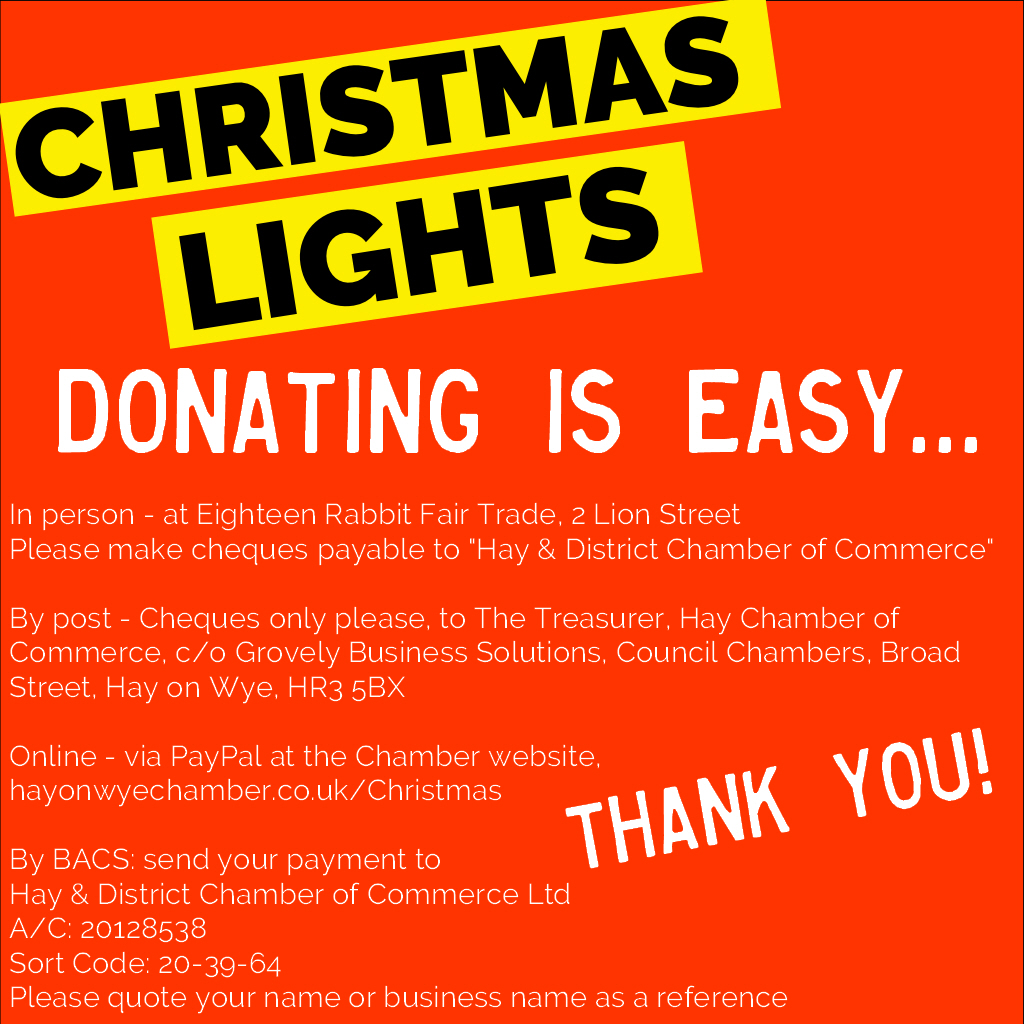 Thank you to everyone who donated over the last couple of years and everyone who is donating so generously towards the 2018 effort already! We hope businesses and residents will want to contribute towards the lights, which really add a touch of magic to Christmas in Hay. Here’s how you can play your part:

Drop off a donation in person with Andrew at Eighteen Rabbit Fair Trade.

An army of Chamber Elves will also be out and about collecting from businesses – please give generously!