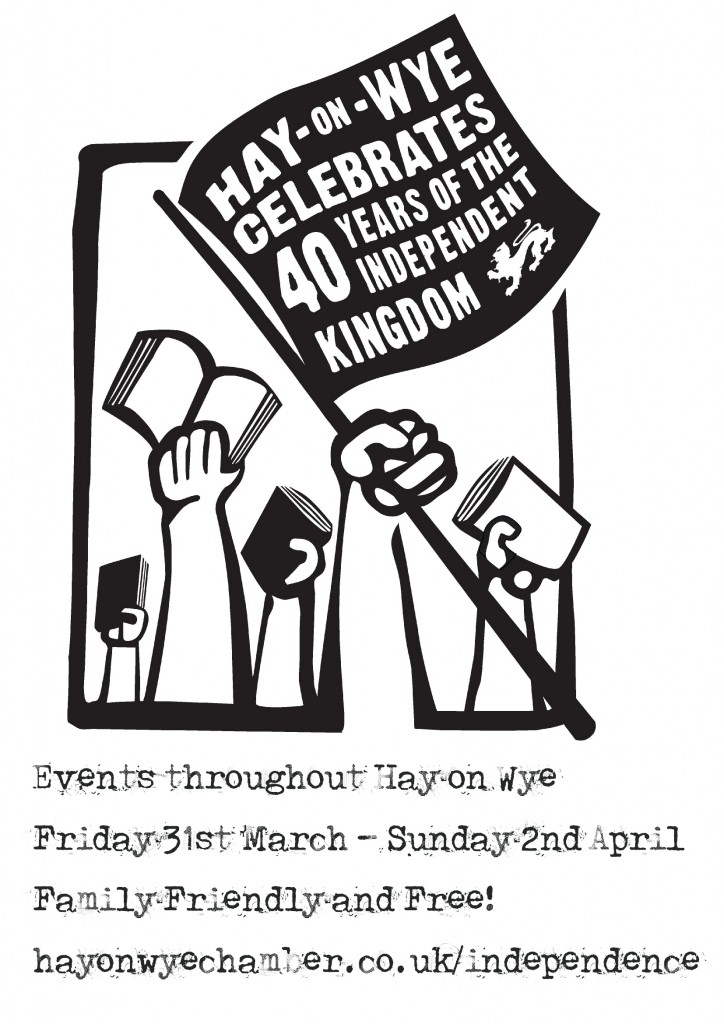 An evening reception to welcome the Bookstagram 2017 attendees to Hay-on-Wye at Richard Booth’s Bookshop on Friday 31st March from 6pm till 7:30p.m.

It promises to be a very special evening, providing the perfect opportunity to meet-up with fellow book enthusiasts travelling into Hay-on-Wye from far and wide.

Oliver Balch – Under the Tump: Sketches of Real Life on the Welsh Borders.

Author and journalist Oliver Balch will be joining us at Richard Booth’s Bookshop to give a talk on Hay-on-Wye and the experiences that inspired him to write his book.

Places for this event limited so in order to reserve your places please RSVP to ruth@boothbooks.co.ukwith the subject: Welcome Reception

Join us, for literary-themed cocktails and live music, on this special weekend celebrating Hay-on-Wye’s independence and @bookstagram2017

Desert Island Picks featuring Deborah Moggach; Novelist, Screen Writer and Author of ‘These Foolish Things’, the book which was adapted into The Best Marigold Hotel.

Starts /ends outside Hay Cheese Market, Memorial Square, in the centre of Hay.

Waygooze and Project Lab for The Story of Books at Baskerville Hall. Drop in and test out ideas, join in with activities and be part of the plans for a new, working museum of books. Experts in the fields of letterpress and intaglio printing, foil blocking, book illustration and design, bookbinding, papermaking, and marbling will be showing off their work on table top stalls. Demonstrations, screenings and hands-on activities for all ages. Soup, pies, pastries and drinks.

A touring exhibition from The Sidney Nolan Trust

A 27-volume set of Halsbury’s Statutes was destined to be pulped. Instead, the trust invited artists from across the UK to create a piece of work that explored topics covered in a particular volume as well as ideas around law, society and 800 years of Magna Carta, with stunning results.

John Watson @johnwatsonprintmaker will be hosting a demonstration of linocut printmaking and bookplate creation. No one will leave without a keepsake of the event.

Fun on the Square – Circus Skills

Drop in circus skills sessions in the Market Square car park (Undercover in a marquee).

Other events taking place in the square during the day include samba drumming, break-dancing and food stalls.

A Book themed fancy dress parade through the centre of town, ending with a town gathering at the Honesty Bookshop in the Castle grounds.

Further 40th Anniversary of Independence Celebrations will take place in the Honesty Bookshop in front of the castle during the afternoon.  Including a ceremonial raising of the Hay Town flag, fanfares and the conferment of honours by the sovereign or his representative.

Town Photo on the Castle Terrace

Everyone in Hay is invited to join us for a giant “family photo.” Exact time may be subject to change but the photo will take place after the Children’s Parade and once the flag has been raised. Join us in the Castle grounds by the honesty bookshop (off Castle Street) to take part.

The Hay Castle team will be in the Market square giving out free books for children and adults. The books were kindly donated by Richard Booth’s Bookshop.

An hour of interaction with some of our top #bookstagrammers. Insights into how they view what they do, building a large following, and how instagram has brought booklovers  together from every corner of the world.

The Rum Diary is a film adaptation of a relatively unknown early novel by the Gonzo journalist Hunter S. Thompson. Famous for his Fear and Loathing series and his work for The Rolling Stone magazine, The Rum Diary manuscript was discovered by Johnny Depp amongst Thompson’s papers and published for the first time in 1998. The story involves a journalist named Paul Kemp who, in the 1950s, moves from New York to work for a major newspaper, The Daily News, in San Juan, Puerto Rico. It is Thompson’s second novel, preceded by the still-unpublished Prince Jellyfish.  The film was written and directed by Bruce Robinson and stars Johnny Depp. Filming began in Puerto Rico in March 2009. It was released on October 28, 2011. Bruce will be answering questions on working with Johnny Depp and the processes involved in turning a novel into a screen play and then a film.

Join us, for literary-themed cocktails and live music, on this special weekend celebrating Hay-on-Wye’s independence and @bookstagram2017

We are expecting you all to be going full Rebel Rebel for the Independence Ball! Get your tickets now from Eighteen Rabbit or Beer Revolution.

Local chef Hugh Sawyer, founder of the sustainable food company, Off Grid Gourmet, will be providing a special Brunch using only the most delicious  locally sourced ingredients.

This will provide the perfect occasion for everyone to gather together before heading off on their separate journeys home.

In order for Hugh to cater for this event he would like to know how many people are interested in attending. Please RSVP to ruth@boothbooks.co.uk with the subject: #booksellersbreakfast

Book-themed circular walk from Baskerville Hall, taking in Clyro and Jacob’s Ladder, led by Clyro resident, Oliver Balch, author of Under the Tump: Sketches of Life in the Welsh Marches (Faber & Faber). Easy walk on moderate terrain. No need to book, just turn up!

Starts /ends outside Hay Cheese Market, Memorial Square, in the centre of Hay.

Book-themed circular walk around the Hay stretch of the Wye Valley, including the Warren and Boatside. Led by Oliver Balch, author of Under the Tump (paperback out March 2017). Easy walk on moderate terrain. No need to book, just turn up!

More than 25 artists will be showcasing a range of book art works in many shop windows and other locations around the town. Pick up a trail map from any participating venue and have a look at just what book art can be. The trail will run until 1 May.

Speaker’s Corner in the Market Square

Exhibition at The Table Gallery

Independence Fudge – from the Fudge Shop 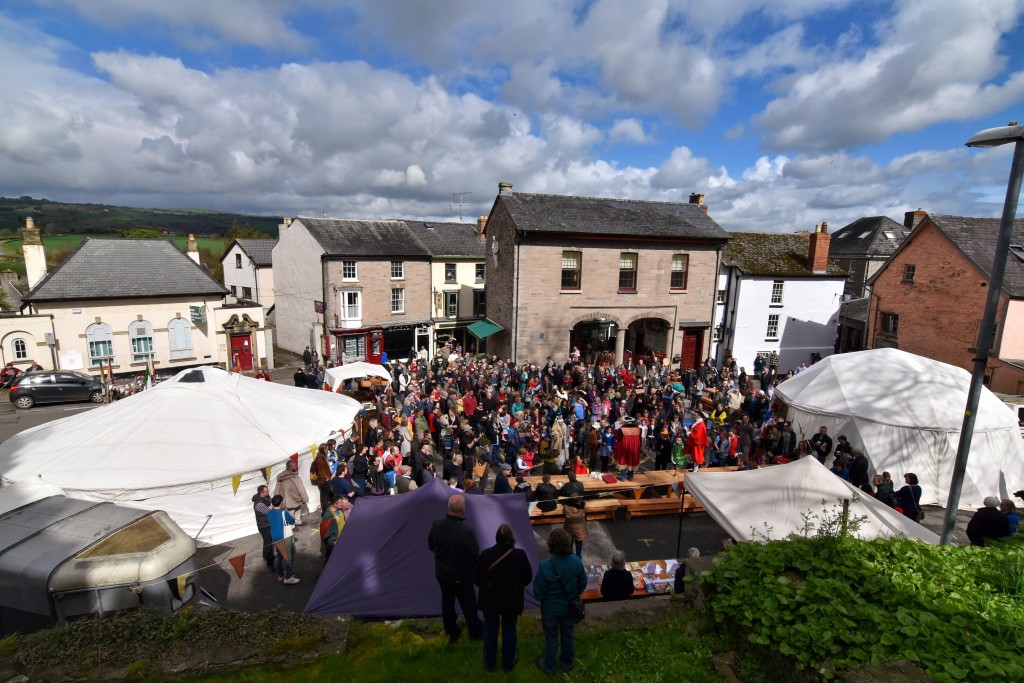